You’ve Been Had by Air Traffic Control*

You think that air traffic control is watching your backside? Think again. In my last article, I said the FAA emphasizes the need for air traffic controllers to “ensure the [pilot’s] read back is correct.” (FAA JO 7110.65T.) Listening for correct responses to air traffic control clearances is called “hear back.” In this article, I am going to give you some examples of how and why relying on hear back can be a set up for disaster. Here are some descriptions of hear back errors, extracted from NASA’s Aviation Safety Reporting System (ASRS):

Narrative: DURING A FLT TO ACCOMPLISH IFR RECURRENCE TRAINING. . . REFUELED THE AIRPLANE AT OMN [Ormond Beach Airport, FL] AND DEPARTED WBOUND VFR. I CONTACTED DAYTONA BEACH APCH WHILE CLBING THROUGH 1000 FT MSL I REQUESTED A LCL [local] IFR CLRNC AND ADVISED I WOULD LIKE TO SHOOT SOME PRACTICE APCHS INTO DAYTONA BEACH [DAB]; DELAND AND ORMOND BEACH. CEILINGS IN THE AREA WERE BROKEN AT 1800-2500 FT MSL. THE REPLY FROM THE CTLR WAS TO SQUAWK XXXX AND SAY FIRST REQUEST. I ASKED FOR 2 ILS RWY 7L INTO DAB AND THEN THE VOR INTO ORM. THE CTLR REPLIED RADAR CONTACT AND BEGAN TO GIVE ME VECTORS TO THE APCH. THE ALT ASSIGNED WAS 2000 FT MSL. WHILE ON VECTORS FOR JUST A FEW MINS ONE OF THE CTLRS REPLIES INCLUDED ‘MAINTAIN VFR’ WITHIN THE BROADCAST INSTRUCTIONS. A BELL WENT OFF IN MY HEAD AT THE SAME MOMENT THAT MY SAFETY PLT ASKED; ‘VFR; AREN’T WE IFR?’ IT TOOK 2 SHORT RADIO CALLS TO GET THE BUSY CTLR BACK ON THE RADIO AND I ASKED; ‘DON’T WE HAVE A LCL IFR CLRNC; BECAUSE I’M IN AND OUT OF THE CLOUDS AT THIS POINT?’ HER REPLY ‘YOU DIDN’T ASK FOR A LCL IFR OR I WOULD BE GLAD TO GIVE YOU ONE; BUT NO YOU ARE NOT AT THIS POINT; ARE YOU ASKING FOR ONE NOW?’ MY REPLY; ‘YES MA’AM; I THOUGHT I DID AND I NEED TO DO SOMETHING NOW BECAUSE I AM IN THE CLOUDS AND IMC. DO YOU WANT ME TO DSND TO VFR?’ HER REPLY; ‘NO; CHANGE SQUAWK TO XXXX AND CLRED LCL IFR.’ . .

Why do controllers fail to hear, or misinterpret pilot read backs and requests? Here’s an excerpt from a report by the analysts at NASA who looked at ASRS trends in read back and hear back incidents:

“But the underlying problem [for air traffic controllers] seems to be the sheer volume of traffic: the 9 a.m. – 5 p.m. rush of departures/arrivals; the behind-the-scenes tasks of land-lines, phones and hand-offs; the congested frequencies with “stepped on” transmissions; the working of several discrete frequencies; and, at times, the time and attention-consuming repeats of call-ups or clearances to individual aircraft. These activities, together with human fallibilities of inexperience, distractions and fatigue set the stage for hearback failures. Indeed, a series of pilot narratives recognized controller “overload,” “working too many aircraft,” “overwork” and frequency saturation.

These facility conditions provide strong motivations for airmen to drop any “how-the-system-is-supposed- to-work” idealism and adopt a more realistic approach to cockpit communication practices. As a working premise, airmen should assume that during congested traffic conditions, the controller may be unable to hear, or is not listening to their readbacks.” (ASRS Directline.)

Here’s an ASRS example that supports the NASA analysts’ conclusions:

Narrative: I WAS WORKING SATELLITE AT MCI COMBINED N AND S (MULTIPLE FREQS). TFC WAS EXTREMELY HVY AND THE POS [position] SHOULD HAVE BEEN SPLIT IN THE INTEREST OF SAFETY. [Meaning: two controllers should have been assigned to handle the workload, one working the North sector and one working the South sector.] A B190 TOOK A DSCNT CLRNC MEANT FOR C210 ON ANOTHER FREQ. I DID NOT HEAR BOTH ACFT RESPOND TO THE CLRNC. I HAD APPROX 13-15 ACFT ON FREQ AT THE TIME WITH CONSTANT COORD FROM 4 DIFFERENT TWRS; 1 APCH CTL; AND 2 DIFFERENT ZKC [Kansas City Center] SECTORS. DURING THIS TIME; I WAS BARELY ABLE TO COMPLETE ALL WORK FUNCTIONS AND HAD TO TELL MULTIPLE VFR ACFT TO CALL BACK LATER; YET MGMNT WOULDN’T OPEN ANOTHER POS FOR RELIEF. ANOTHER FACTOR WAS STAFFING. WE WERE EXTREMELY SHORT STAFFED DURING THIS TIME.

If you cannot always rely on the ATC system to protect you, what can you do, as a pilot, to protect yourself against read back/hear back errors? I’ll have that next time.

*(Updated 26 Feb 2011): I want to add that air traffic controllers will do their utmost to listen to your readback. When a controller misses a readback, it’s not intentional, as the above ASRS summaries show. The title to this post was meant to grab your intention, but it does not and should not imply any intention by ATC to mislead you. JK

P.S. If you would like to search NASA’s ASRS system for other aviation incidents, I’d recommend the website 37000 Feet. While NASA has it’s own ASRS search feature, it is difficult to use. 37000 Feet uses the Google search engine to find reports, making it much easier to use. 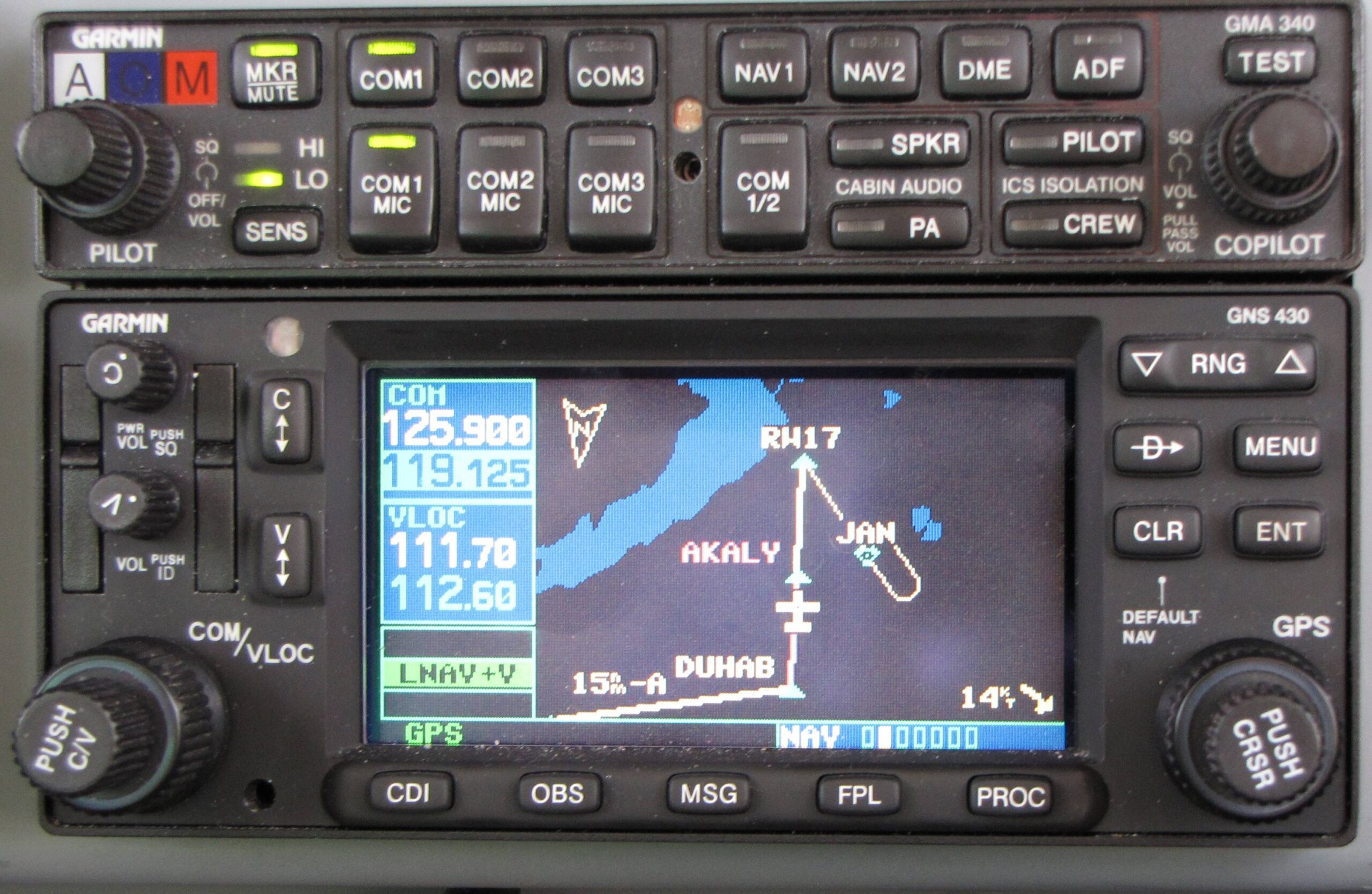 There is a misconception among new pilots that listening to other pilots speak on the radio is a good way to learn radio phrasing. My opinion is, maybe, but probably not. Listen to the audio in this 1:10 video. These are all presumably experienced pilots communicating with Peachtree Tower at Dekalb-Peachtree Airport (KPDK). Ear-opening, yes?

"New day, new jet." That is an Air Force Instructor Pilot's standard statement that means the current training scenario is over, and a new one has begun. It is a line of demarcation that reminds student pilots it is time to move on to the next challenging scenario. It's a new day here at ATCcommunication.com,

Flying into Class B for the First Time

If you are anticipating flying into Class B airspace for the first time, not to worry. The procedures ATC uses inside of Class B are nearly identical to those used in other classes of airspace. The subtle variations in procedure will most likely be unnoticeable to you. What may jump out at you is the

No one likes to have their forward progress stopped. You know what I mean. When you are stuck in a traffic jam on the road, it’s very aggravating. Waiting at a long red stoplight when you need to be somewhere can raise your blood pressure. Similarly, when ATC says, “Expect holding at [a navigation fix],”